Heart Full of Rhythm: Soundtrack to a Book

It is September 1 meaning today is the official U. S. release date for my new book, Heart Full of Rhythm: The Big Band Years of Louis Armstrong. Hallelujah! 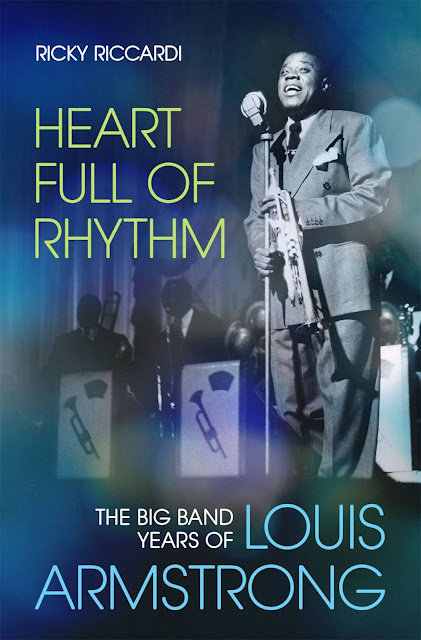 With friends writing in to let me know that their copies are on the way, I thought I'd cobble together some playlists to make it easier to listen along while you read. If you're still clinging to physical media, it's actually not too hard. Find the four volumes Columbia/Legacy put out in the early 1990s--Louis in New York Volume 5, St. Louis Blues Volume 6, You're Driving Me Crazy Volume 7 and Stardust--for the OKeh big band sides. Then dig out The Complete RCA Victor Recordings of Louis Armstrong for the 1932-1933 and 1946-1947 RCA sides. And if you can still find the Mosaic Records set The Complete Decca Recordings of Louis Armstrong 1935-1946, you'll have the Deccas covered.

However, I know most folks these days get their music through streaming services (this goes for me, too, but I still have all my discs). I know these companies are the devil and the royalties they pay musicians is criminal (I have spent hundreds on Bandcamp to support my living musician friends), but just about everything Louis recorded is there and is easily accessible so for the sake of keeping up with the 21st century, I've created playlists for each chapter on both Spotify and Apple Music.

Bookmark this post as I'm going to include the links to every playlist for every chapter below but in the upcoming weeks, I'll do separate posts for the individual chapters and will go a little deeper with more content from YouTube and other sources. But for now, if you'd like to listen along as you read, here are the links!