This series has been a long time coming and I'm just sorry it has taken me this long to get it off the ground. My friend Michael Steinman first had the idea a couple of years ago of occasionally turning my blog over to some lucky person who got to spend some time with Louis, whether an actual hang or just a minute backstage. I get e-mails from Louis nuts all the time and lately I've gotten a few from fans who wanted to tell me about their encounter with Louis. Since I was born nine years too late to have even met the man, I relish every single one of these stories.

I don't know how regular of a feature this will be but I'd like to keep it going. Thus, if you have a story you'd like to share about meeting Louis Armstrong, feel free to e-mail me at dippermouth@msn.com and I'll share your story right here on my blog.

First up is Michael Drust. While reading my book on Armstrong, he got to page 240 where I devote a paragraph to Armstrong's July 1965 performances at the Steel Pier in Atlantic City. In my book, I mention how many kids attended the shows, something that Pops picked up on. He was quoted at the time as saying, "Man, them kids are something else. Who say they don't know good music from bad?"

Well, Michael Drust was one of those kids and he couldn't wait to tell me about his encounter with Louis. I've included it just as he sent it to me but I've also added a bunch of Jack Bradley photos taken that weekend, all from the Louis Armstrong House Museum. Enjoy Michael's story and I hope to hear from more of you out there with memories of dear Louis!
Pops on the Pier: My Youthful Encounter with Louis Armstrong

Every summer during the 1960s my parents took us on vacation to Atlantic City (long before gambling), and God bless them, they planned their week around the entertainers that my sister and I wanted to see at the Steel Pier. In addition to the famed diving horse, the Pier offered top-notch entertainment performing multiple shows daily, all included in your admission to the Pier. We saw rock’n’roll groups (Dave Clark 5, Paul Revere & The Raiders, Herman’s Hermits), “parent-oriented acts” (Al Martino, Bob Crosby & The Bob Cats), and comics (Pat Cooper, Totie Fields). But one entertainer who played the Pier rose above them all – Louis Armstrong.

It was Independence Day weekend, 1965 – a very hot summer day in Atlantic City. The Steel Pier wasn’t air conditioned, but it had outdoor walkways along the sides of its huge enclosed rooms, reaching out a quarter mile to the ocean. My parents, sister and I decided to go outside and enjoy the wonderful balmy breezes. Impetuous 10-year-old that I was, I left my parents sitting on a park bench and broke loose, walking by myself along the boardwalk pier with no one in sight. Things were quite different in 1965 – safety wasn’t the issue it is today, and as long as I was in ear shot of my folks, they, and I, were fine with that. 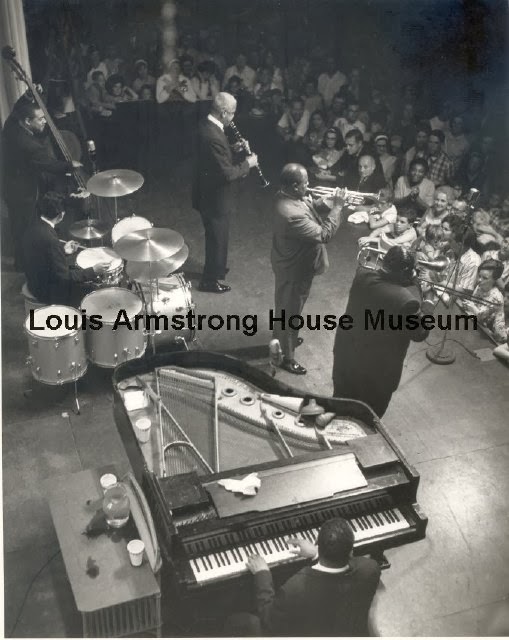 I turned a corner in the blinding hot sun, with the sound of seagulls calling overhead, when I saw about a half dozen men gathered around a bench, talking and laughing. As I continued to walk in their direction, one man was sitting in the middle with a do-rag around his head, black sunglasses (that could have been Ray Bans), shorts and knee-high black socks, smoking a cigarette. The chatter and laughter continued as I got closer, and then I heard that voice. Only one man sounded like that. I knew that Louis Armstrong was appearing in the big ballroom today – and there he was! 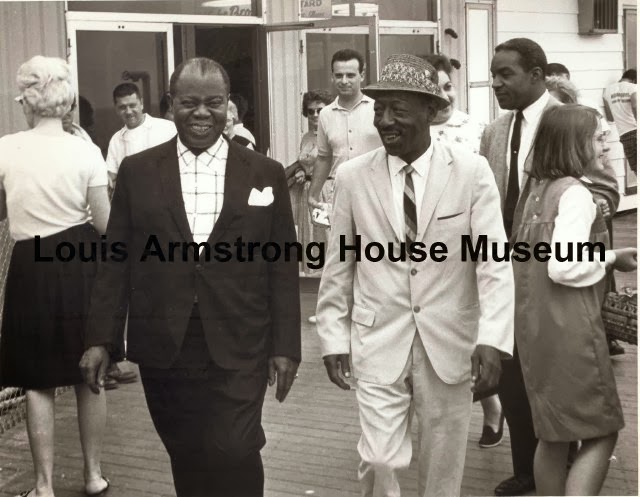 My inner child chutzpah must have kicked in, and I walked right up and said, “Hello Mr. Armstrong!” Astonished, he broke into that famous big smile that rivaled the sun and laughed his throaty laugh. “Oh, here’s my little buddy – you gonna see our show today?” “Yes,” I replied, “are you going to play ‘Hello Dolly’?” This really cracked him up, and he laughed hard, breaking into a cough, along with the men standing around him, who must have been the All-Stars. “Look at that,” he said to the others, pointing at me, “this little guy knows my music!” Everyone laughed, and I looked straight at him, and to this day remember that big smile. It looked like there was a Lifesaver candy embedded under his cracked lips, one circular gray half under the top lip and the other half under the bottom, not realizing it must have been the callous from over 50 years of trumpet playing. He reached out and rubbed my head, and I said something like “see you later” and he said “you be a good boy” or something to that effect, as I skipped away.

I don’t recall many details of their concert inside the Pier, other than it was very hot, Pops wore a white shirt and tie, and was sweating profusely. And they played “Hello Dolly”… 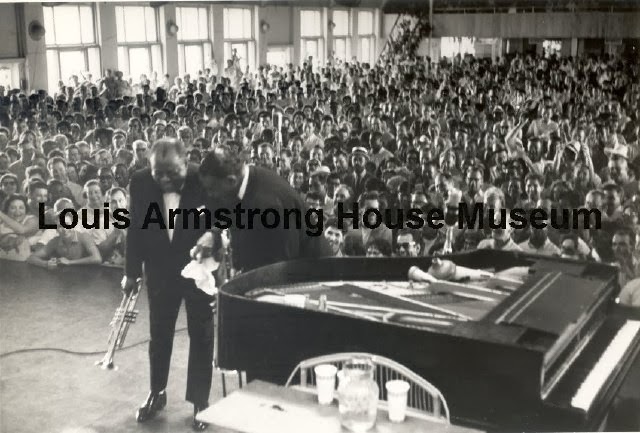 When I read Pops’ quote in Ricky’s book about young fans knowing his music (page 240), I couldn’t help but wonder whether our encounter might have the influenced his statement. 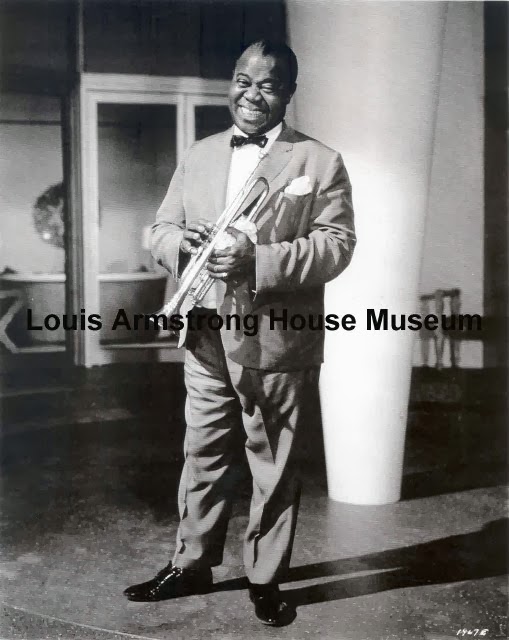