Pops Appreciation Week at the IJS, MoMI and HJF!

Sorry for all the acronyms in the title of this post but all will be explained below. April is Jazz Appreciation Month but for me, the upcoming week is more like Pops Appreciation Week. If you're in the New York area and you love Louis--and hot jazz--there's three events coming up that I need to tell you about.

First up, on April 29, Scott Wenzel and I will be reprising our "vaudeville" act as we tell the inside story of how we put the Mosaic Records 9-CD boxed set of live Armstrong together at the Institute of Jazz Studies at Rutgers Newark. Regular readers of this blog already know all about it but Scott and I always have fun at these lectures, which open with the two of us reading excerpts for the three years of e-mails we sent each other when I practically begged him to do this set and he politely dismissed me every time....until I wore down his resistance and he went for it. And in breaking news, my liner notes were just nominated for "Best Liner Notes" by the Jazz Journalists Association so I'm more indebted to Scott than ever!

Our presentation will be part of the Institute of Jazz Studies' "Research Roundtable" series, which is like going home for me since my three annual appearances there between 2006 and 2008 were my first public Armstrong lectures. Scott and I will gab and play music from the set from 7-9 p.m. Oh, and it's free and open to the public! (And if you're near a computer, I'll be on the air on WBGO at 9 a.m. that day to talk Pops!) 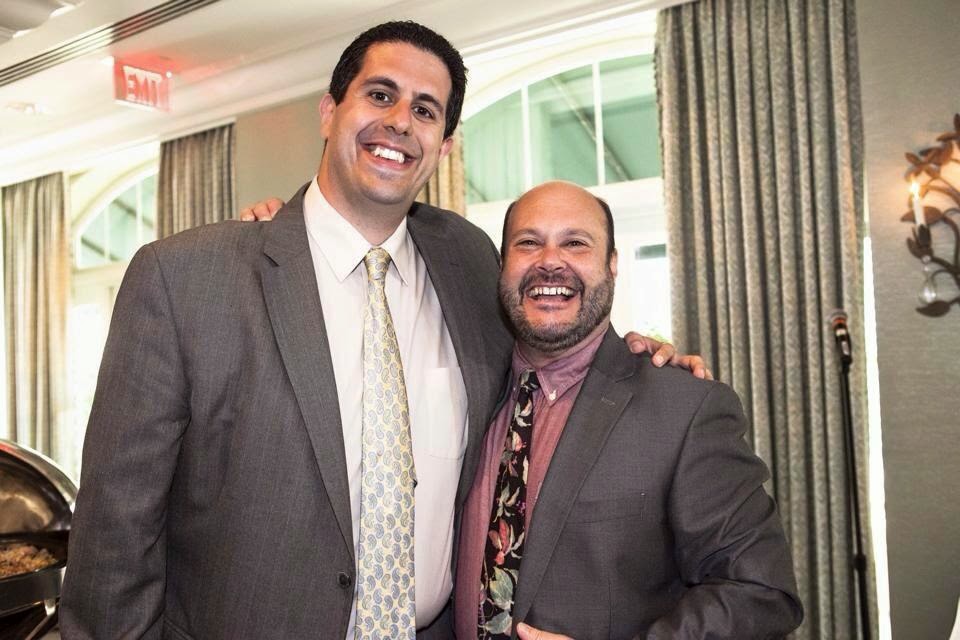 The following day, April 30, is International Jazz Day. To celebrate, the Louis Armstrong House Museum is teaming up with the Museum of the Moving Image for a special evening where I'll be screening Louis's complete March 22, 1965 concert from East Berlin. Again, longtime readers might remember that I wrote breathlessly about this concert when the complete footage was discovered in 2013. Even though excerpts and a condensed hourlong version are on YouTube, the full 1 hour and 49 minute show is not. That's special enough but if you pay the $15 admission, you get to attend a reception where red beans and rice will be served AND you'll get to hear me run my mouth for 15 minutes before the show, putting it in context. As I write this on April 24, already about 100 tickets have been sold in advance which is unheard of and without naming names, I can attest that a who's who of the Armstrong world will be in attendance. It's shaping up to be quite an Event and I hope to see many Pops nuts there! For more information, click here!

And finally, May 3 is the third annual Hot Jazz Festival and I couldn't be any more excited. The first two were literally the musical highlights of my years. It's a marathon with almost too many great bands to choose from at any given time but by the end, you can't deny that the music--and especially Louis's influence--is alive in well with both musicians and listeners (especially those under the age of 40). I previewed the first one 2013 and the second one in 2014 so if you really want to know my feelings on the burgeoning New York "hot jazz" scene and Louis's feelings on how the music will never die, click one of those links. At last year's bash, I hosted six  hours of Louis Armstrong footage; Pops won't be directly represented this year (I'll be too busy enjoying the music) but his influence will be felt everywhere. Just click here for the schedule and roster of artists and try to keep from drooling.

So I don't know what it's like outside of New York and New Jersey but over the next ten days I'll be reliving the Mosaic madness at the Institute of Jazz Studies, sitting in packed movie theater watching Louis enthrall a modern day crowd on the big screen and then will absorb 14 (!) hours of music that would not be possible without Louis at the Hot Jazz Festival. Should be some week.....Pops is Tops!