Mosaic Update: We Have a Pre-Order Date...and a Cover!

Once again, friends, I must open with an apology for going nearly a month without a blog! What a month it has been: my Jazz at Lincoln Center debut talking about The Real Ambassadors with the great Keith Hatschek and installing an exhibit on that Armstrong-Brubeck collaboration at the Armstrong House; writing a ridiculously long book review (more on that to come); producing a terrific Emily Asher concert in Toms River and attending Dan Levinson's second Jam Session of the Millennium for the Sidney Bechet Society in NY; celebrating my daughter's fifth birthday; getting sick for a full week; I can go on, but won't. Suffice to say, something had be cut and that was the blog. Some readers have sent in some good suggestions and I still would like to do more "Encounters with Louis" entries but I just need the time to do it all.

But today, I have a little time and I have some great announcements to make regarding the epic Mosaic Records Pops box I've been working on for so long. On April 30, 2013--International Jazz Day--I ended a presentation for the Armstrong House by announcing the Mosaic set, which I wrote about in detail one month later. And I just found out that next week on April 30, 2014--you guessed it, International Jazz Day again--Mosaic will officially roll out their website and start taking pre-orders for what should be a June 1 release. All I can is, "Hooray!"

The last month has been all about taking care of the little things. I received the galleys for my liner notes in March and found FIFTY mistakes/changes to edit. Those were all made and booklets are being printed up as I write this. I called co-producer Scott Wenzel about something recently and he told me that the discs were being manufactured at Sony that week. And now I've been sent the link to the website and it looks great. There's a few things to tweak on it, otherwise I'd share it today but no, I think I should let the Mosaic powers-that-be launch it on Wednesday.

But here's a few beautiful images to share. On April 16, George Avakian's 95th birthday was finally celebrated by David Ostwald's Louis Armstrong Eternity Band at Birdland. I really wanted to attend but my duties in Toms River forced me to stay home.  The plan was that if I attended, I'd give George my galleys so at least he'd have something to enjoy until the set was made. We couldn't make that happen but earlier this week, I gave David my galleys and the next day, he delivered them to George, taking these pictures to commemorate the occasion. 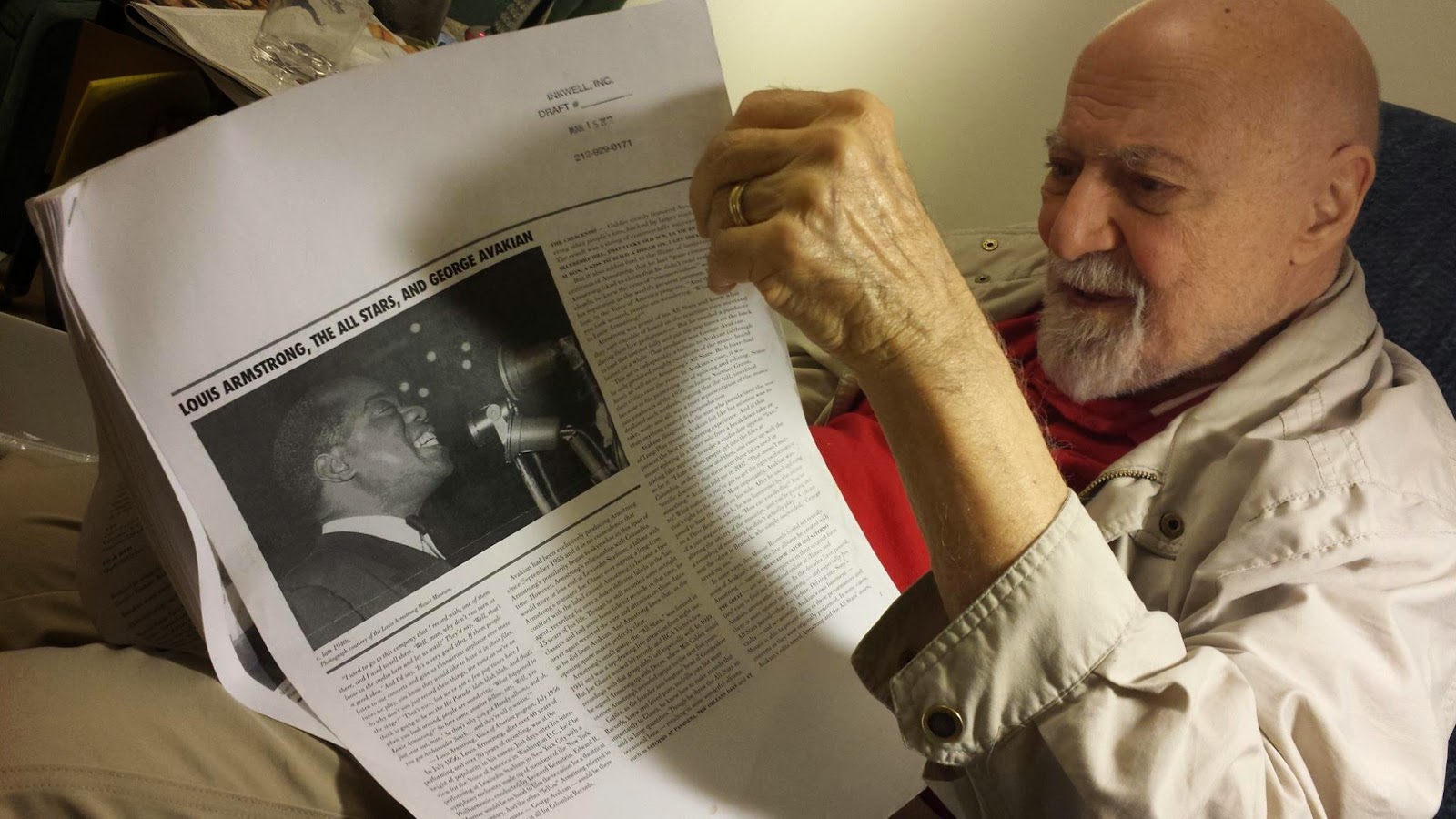 That's the title page of the liner notes, with the headline, "Louis Armstrong, The All Stars and George Avakian." That's really what the whole set is about and as I detailed in March, the music George produced for Armstrong in the 1950s is what completely changed myself when I was a teenager in the 90s. To be able to spend these last few years putting together this "love letter" to George and Louis, well, it's the least I could do for what they both did for me.

And it's tough not to get emotional looking at this shot, the 95-year-old legend admiring a rare photo of himself and Pops taken in 1954: 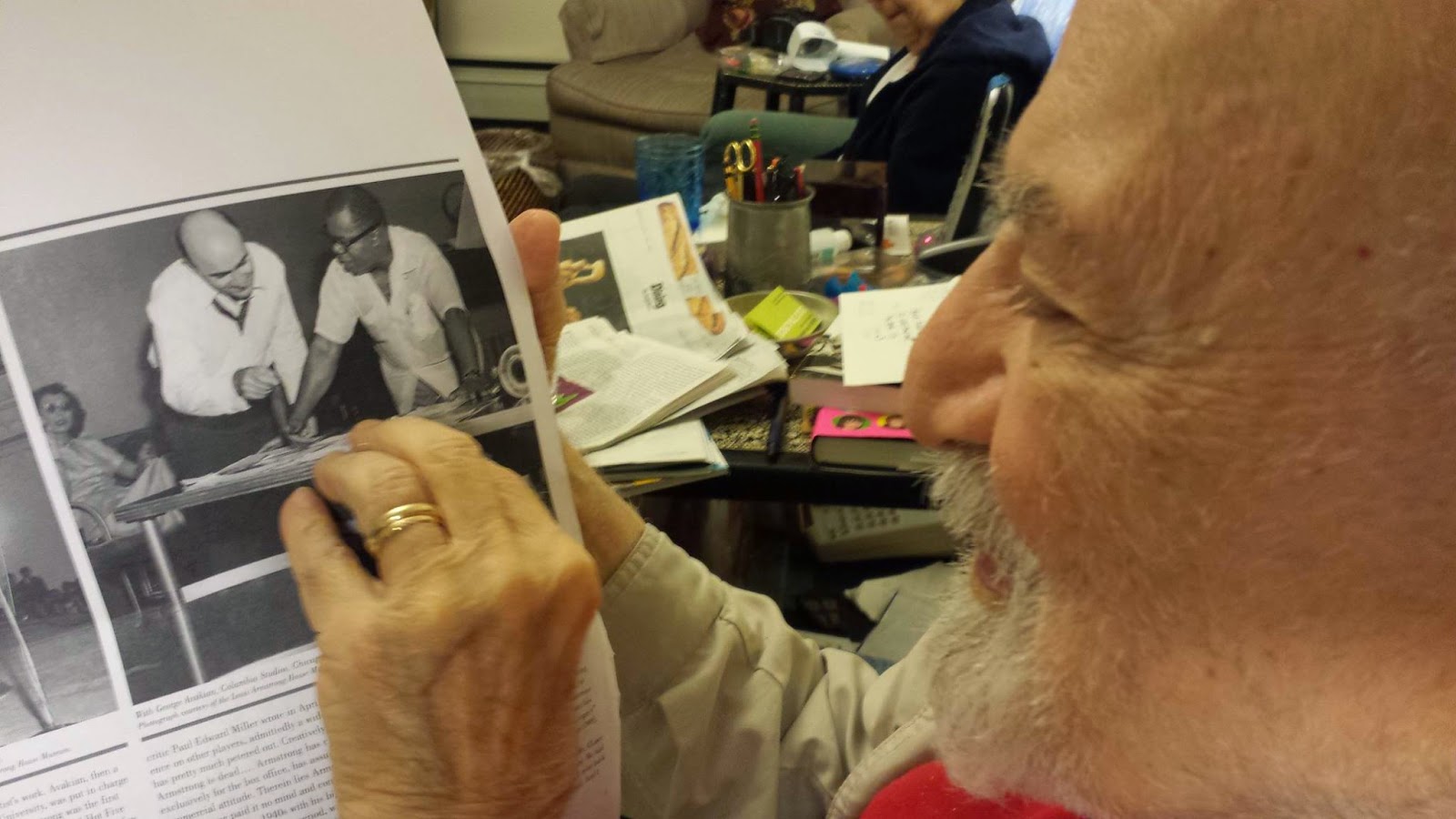 I was going to quit there but I can't help myself. In the e-mail Mosaic sent me with the link to the upcoming website, they also sent me the finished cover. I scanned the photo and Scott and I agreed it was the best for the cover but I hadn't seen it with the famous black-and-white Mosaic border with the title in those white, capital letters. I've been staring at it for 24 hours and can't keep it to myself any more. So here 'tis! 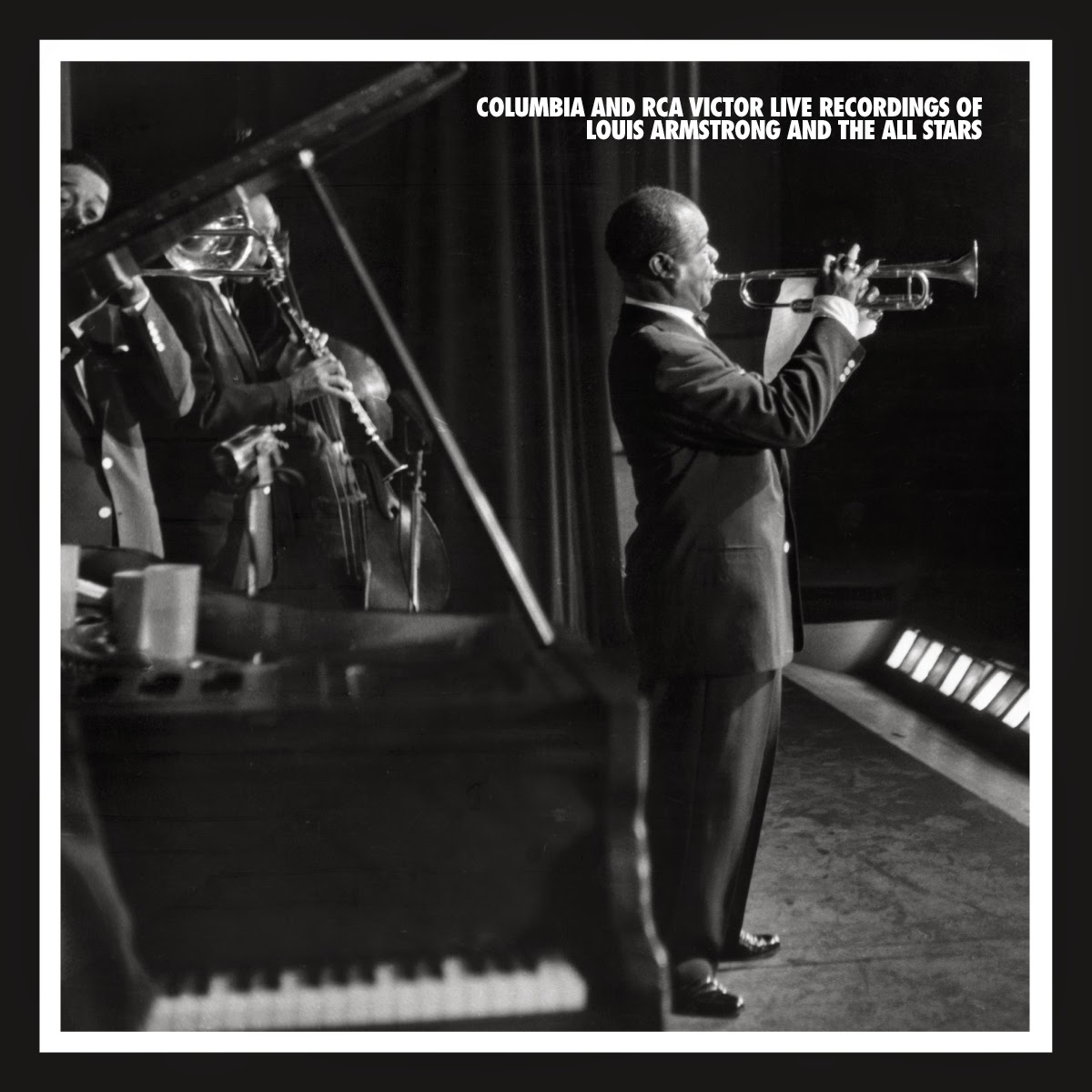 Yeah man. I love it. Like I said, it's a previously unpublished shot, one I scanned directly from one of Louis's scrapbooks. But does it look familiar to anyone out there? If you've read my book, it should.... 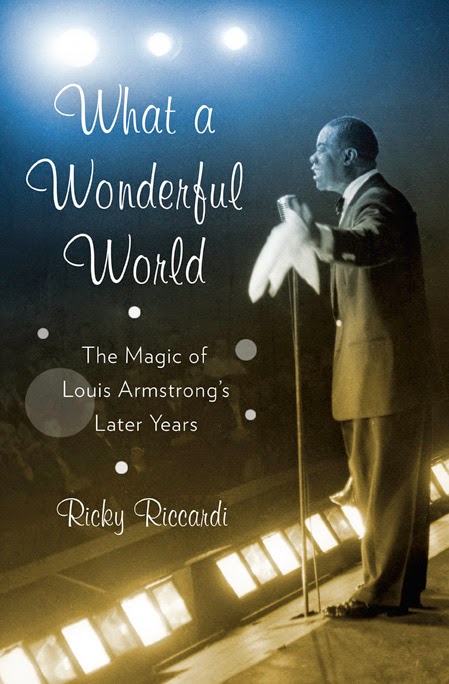 Yes, it's from the same 1955 concert at the Olympia Theater in Paris as the cover photo to my book. I never planned it this way, but on a personal level, I think it's appropriate as I first wrote to Mosaic with this idea in 2006 and have been slaving away at the production of it for almost three years. People nicely ask me all the time when my next book is coming out. I have no idea but I'm treating this Mosaic box as if it was a sequel of sorts to my book and I think the similar cover photos hammer that point home.

So that's all for now. I'll sit quietly over here and when the website goes live and Mosaic makes the announcement on Wednesday, I'll be sure to post all the relevant details here. And if you're in NY, the Louis Armstrong House Museum is teaming up with David Ostwald's aforementioned Louis Armstrong Eternity Band at Birdland at 5:30 p.m. on International Jazz Day. We'll have some fun Armstrong House-related giveaways and I'm sure David will further announce the Mosaic set. If you're in the City, say hello!

phillyrich said…
This should be a very special set. I hope what's left of the jazz community on the radio will play it and talk about it.
April 25, 2014 at 8:14 PM